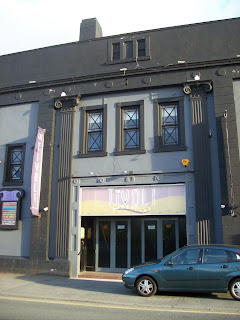 Buckley (in Welsh its Bwcle) is the second largest town in Flintshire.

This town goes back as far as the Anglo Saxons. But it was first recorded in 1294 as in the Manor of Ewloe, as Bakkeley. In 1420, Henry V presented Ewloe to his new wife, Catherine of Valois, as a wedding present. During the 17th and 19th centuries, the town became a hive for pottery and coal mining (the first mine had opened in 1737).

This building was built in 1925. It was formerly a cinema and Music Hall. It was built on the site of the former Central Hall which was demolished in 1920. 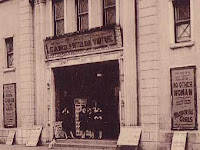 In 1932, a tradition started of running an annual pantomime. Dennis Griffiths produced a version of Dick Whittington in 1933 and a pantomime ran for 27 years. The last performance finished on March 14th 1959. It was Puss in Boots.

--- a man has been seen on the stairs. This man died as a result of a fire in the projection room.


We arrived at 8pm and we had a walk around the building. There was 10 of us in total, myself, Phil, Nicola, Caraline (medium), Geoff (medium) and the rest were from the theatre. 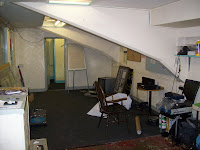 As we walked around upstairs, Phil was standing in the doorway of the office. He felt his head had been touched with a bit of a thud. We headed back downstairs and at 8.30pm Nicola heard glasses clanging together. This went louder and stopped by the ladies toilets behind the dancefloor. A circle of protection was given by Geoff and Caroline but Phil and I didnt join in. 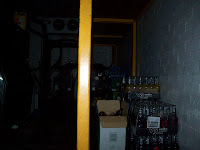 At just after 8.30pm, we started in the cellar. This is not a true cellar, just a room behind a bar. Geoff and Caroline picked up on a fire and hanging. Geoff also picked up on a man who didnt like women. He wasnt evil but he did like to push people and move things. The lady from the nightclub did confirm that things did move around and go mising in here. 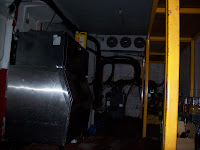 As the group moved on, I stayed here on my own and I did hear something like a man's voice. Nothing else happened and as the cellar is quite noisey, I put this voice down to some background noise. So after a short while, I joined the rest of the group behind the dancefloor.


Geoff and Caroline were picking up on a few spirits in this area. They picked up on a nasty man named Henry Davies. He was a murderer but instead of being punished, he became an executioner. A tall, thin woman with dark hair. She was involved in witchcraft (what we would call a white witch today) and she had been executed on or near this site. The man (from the cellar) walked here as well. 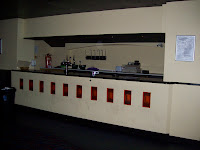 Just after 9.30pm, we moved upstairs to the first floor. In this room, Goeff and Caroline were picking up on a young boy aged between 9-12 years old. A woman with blonde greyish hair, in her mid 50's named Sarah. A male with either his legs chopped off or sharpe pains in his legs. And a young girl named Louisa, she was 8-9 years old, wearing a white dress with dark shoulder length hair in rinkles. Voices were also heard by a few other people.


After spending a short while in the first floor office, we moved up to the second floor onto the balconey. Geoff and Caroline picked up on a nasty male. There was no connection to the building, so he must have been associated with the local land or the land that this building had been built 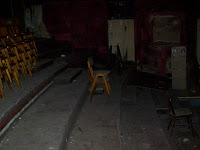 on. A couple of people, including Nicola, felt uneasy and unsteady standing in a certain place. This (to me) was understandable due to the fall next to you but it was claimed that the feeling came and went. Geoff picked up on someone falling over the balcolny, jumped or pushed. A few of the group heard noices. I too heard something but I couldnt tell what it was. 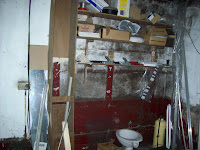 We moved into a side room on top of the stairs. This had been the projection room. Geoff picked up on a fire starting in this room. Two men were picked up in this room, possibly a third. He also picked up on three names -- HAROLD, JOSEPH and HARRY. One man died in this fire, one person escaped but one more person was possibly involved.
The story that Geoff told us was that one man was possibly asleep when the fire started and this is why he didnt get out. The fire started with a lit cigarette but this man didnt smoke, so there 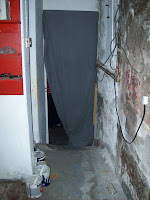 must have been another person in this room smoking. This other man had left the room and perhapes not knowing that his cigarette was not put out properly caused the fire as an accident. This fire swept through the 2nd floor and down the stairs. The damaged can clearly be seen today.

After soon research, I found out that there had been a fire where one man had died. I will find out more info. But Geoff also said that the year 1920 was important but I no that the fire was in 1946. 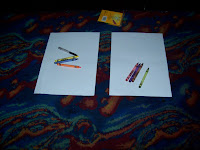 Just after 11pm, we went back to the room above the dancefloor. We started with some glass work as when Phil had entered the room, he felt his throat tighten. We picked up on an 8 year old girl and after a short time and some questions from our mediums, I asked if she would like to draw a picture. She said "YES". I left these out of our way, on the other side of the room, as a trigger object. 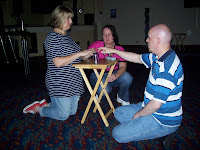 Geoff and Caroline now told us that a man now joined us and also a boy. The man was called THOMAS DAVIES, aged 42 years and he had killed himself after killing his brother, DAVID, aged 38 years, his wife, KATHERINE, aged 39 years and his children, FREDRICK, aged 12 years and LOUISA, aged 8 years.


It had all started with a fierce drunken row with his brother. I have kept the details out of this report, as it will be interesting to see if anyone else comes up with the same details. But I am researching this information at the moment and I look forward to anyone else getting in touch with me and sharing our results. 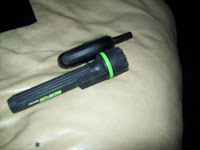 While I was recording this information, my torch turned itself off.

Phil had now taken a small group to a different area and they had had stones thrown at them. 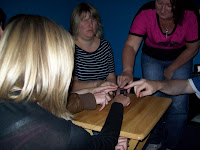 By 12.30am, we all met up again and went into the small room at the back of the dance floor and we conducted more glass work. We picked up on HENRY DAVIES (not related to the family upstairs). A nasty man, murderer turned executioner. He was English and had a hatred of women and the Welsh. But in 1822, at the age of 57, he was murdered. While this was being told, Phil's torch switched on by itself.

We finished about 2am and I went back to my trigger object but nothing had happened.

What a great building. I need to research the information given to us by our mediums.
A few things had happened to us ......... both my and Phil's torch
Phil's throat
Phil's head touched
stones thrown
glass noise
voices heard
funny feeling in the balconly 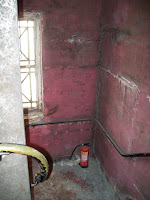 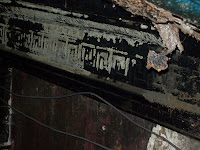 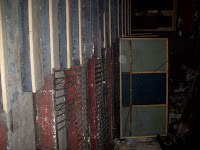 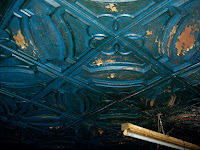 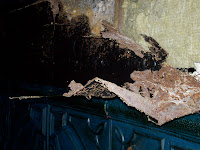