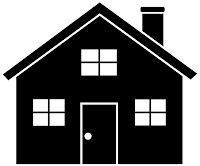 Originaly known as Broad Ford. Bradford was first settled by the Saxons. Around the time of the Domesday Book of 1086, its population was approx 400. The Manor of Bradford was first held by the De Lacy Family until 1311 and then by the Earls of Lincoln, John Gaunt and then to the Crown. It then passed into private hands in 1620.

After the Norman conquest around 1070, Bradford was a waste land. But it grew slowly. By the Medieval era, it was given the title of a town and a weekly market was held. By the Middle Ages, a wool and leather tanning industry was growing. In 1461, it was granted the right to hold 2 fairs a year.
Posted by Gill Stubbs at 09:55 No comments:

After the Battle of Hastings in 1066, William the Conqueror gave his Knights estates and manors over the country. Most of the area of Calderdale was given to the Earl of Warrene, the first Lord of the Manor of Wakefield.

Much of this area, at this time, was woodland and moorland. Settlers began to live here between 1100 and the 1340's. Small area's of land were cleared for farming. This farming land became in short supply and most families combined farming with weaving woollen cloth.

By the late 1290's, one of the first fulling mills in the country was built in Calderdale. Fulling was a way of making woollen cloth strong. Other mills soon followed. This was now turning into big business and turned these little settlements into separate villages.

By 1475, this area becames the largest producer of Kersey cloth (a cheap but hardwearing cloth). And by the early 1500's, Calderdale cloth was exported all over the world.

During the English Civil War, Halifax and its surrounding areas, such as Calderdale survived much better than its neighbours like Leeds or Bradford with the fighting and the damage caused. Its commercial centre and busy market towns continued to grow.