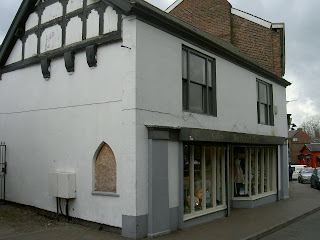 Middlewich was its own borough in the 13th century but it is more famous as a Roman site called SALINAE. The main road called King Street is an old roman road. Many roman finds such as coins and pottery have been recorvered from all over the town. Other excavations have found outlines of long, narrow timber buildings.

Although Middlewich was an important place in Anglo Saxon times, it is not recorded in the Domesday Book but MILDESTVIC is recorded in Northwich Hundred.

In 1605, the salt industry that meant so much to the Romans, was growing strong. There were 107 salt houses in the town and the River Weaver was made into a canal in 1731.

Middlewich saw action during The Civil War. The Church of St Michael and all Angels is on the site of a Norman church and part of the church you see today, dates from the 12th century. But during the Civil War, the church was badly damaged when some Royalist troops hid inside but they were killed by a Parliamentarim troop.

The Accord Clinic is based in a 17th century building. This building has housed a number of different businesses including a joinery shop, a Grocers and the current clinic.

Ancient beams run through the building and a section of the original wattle and daub walls can still be seen. It is also possible that this area was once part of the graveyard connected with the church.

It is also claimed that there are two ley lines running through the building. They cross by the front door, one line comes through the Church and is said to run under the alter.

Kath and I had the chance to visit this building and talk to Frances. It was not a full investigation as Frances has had a bad experience with a so called ghost group before. But she was willing to show us around and talk about what was happening inside this building.

Kath, myself and Frances went into the two flats upstairs. This is where the activity happens. Frances claimed to see the lady as we walked in, she was standing by the window in the seconf living room but Kath and myself saw nothing. Frances also said she saw a couple of small orb lights in the same room. I asked if anyone was here with us to make a loud noice. I heard one loud bang.

We continued walking around and as we passed onto a small landing, I felt a very cold blast of air across my face. Frances said this is where the vortex is. 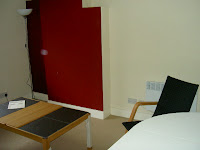 Kath and Francis went downstairs and I stayed on my own. I walked around asking out and I did catch some orbs on my camera.

Kath came back and we continued to ask out. Kath wanted to try and use her downsing rods. Using these, we picked up on the lady and Kath located the Vortex. Kath also picked up on two names --- LOUISE and MARY.

Nothing else happened but I must say it is a very interesting building.
This does go to show that you do not have to do a night investigation to pick up on a pressence but it would have been better for us if we could have carried out a full investigation.
Posted by Gill Stubbs at 04:52