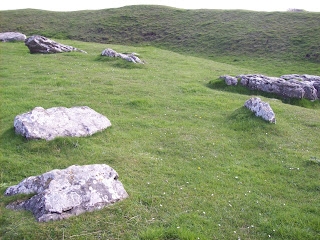 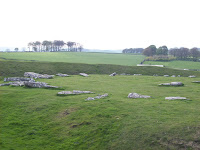 Arbor Low is located nr Bakewell, Derbyshire. It is in an area known as the White Peak zone because of the Carboniferous Limestone layer lying below the surface.


It is managed by istrict National Park but the site is on private land. 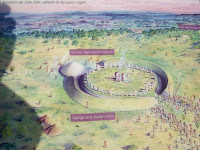 The site has about 40-45 large limestone blocks. These were quarried from a local site. The shape they form on this plateau is simular to an egg shaped circle. It has monoliths at the entrances and a possible portal stone at the south entrance. A large pit is at the north entrance which may have once contained a stone. The stones range from 1.6 to 2.1m tall, with the monoliths being between 2.6 and 2.9m tall. In the centre lies seven smaller blocks. No one knows for sure if all these stones stood up or whether some where always lying on the ground. The plateau which these stones are on, is an earth bank measuring 90 by 85m. It is 2m high with a surrounding ditch around it. There are two causeway entrances crossing the ditch into the circle.

During 1901 and 1902, excavations were carried out in this area. Human skeletal remains were discovered within the circle. 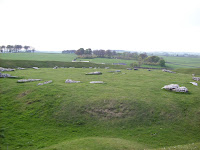 It is thought that the henge was possibly built in the Late Neolithic period and the stones were added before 2000BC. It was probably used up to the Bronze Age. These circles were used for religious or ceremonial gatherings. They could have also been used for tracking the movements of astronomical bodies or just a meeting place. I think they were very special places which the alignment with the sun, moon and perhapes other celestrial bodies played a very important part of the ceremony.

Arbor Low is part of a larger complex with a Bronze Age barrow called Gib Hill. It is about 300m away. It was excavated by Thomas Bateman in 1845 and he found a large burial cist here in 1848. 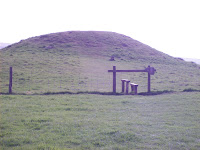 Gibb Hill was used as a hanging hill for a local murderer. 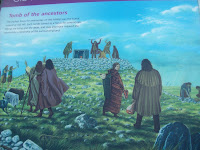 There are also a large earthwork which was built. During 1845, this was excavated by Thomas Bateman and a cermation burial and grave goods were found inside. These we taken out and they are in Sheffield City Museum.

---- a boggart is said to haunt this circle and if you stay after dark, you are at risk of upsetting him
--- ghostly figures are seen around this area
--- well known UFO horspot around this area
--- unusual light and sound phenomera(some say that people are picking up on chanting)


As I arrived at this site, I found it very easy to imagine joining a group of people making our way into the circle for a religious service. 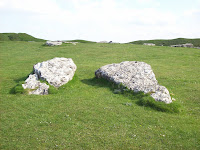 The whole area seems full of electricity. Was I picking up on the earth energy lines(or ley lines) that is said to run through this site or was it my imagination.

I did not see or hear anything on this visit but I did feel something. My friend Lee gave me a mineral to hold. Unknown to me, Lee had asked for this mineral to go hot in my hand. I know what you are thinking, things go warm once you have held them. But this went quite hot and it wasnt until I told Lee what had happened, that he explained what he had done. 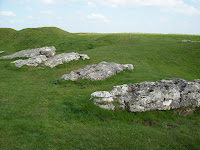 I cant explain this and I have tried this experiment myself but with no results.


I would like to conduct a full all night investigation here esp on an important date like mid summers eve. 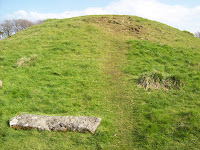 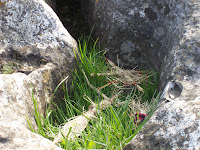 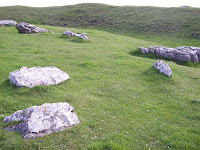 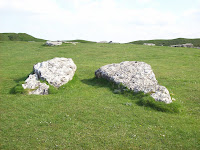 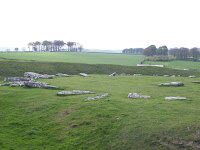 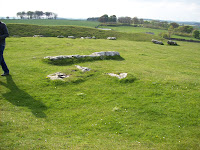