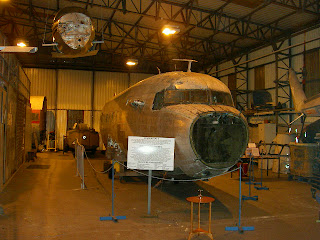 This area was once Doncaster racecourse but in 1909, the racecourse was choosen as the venue for an air show.

During 1920, the Government asked most local authorities from across the country to form a chain of airfields up and down the country. Doncaster opened its aviation centre on 26th May 1934 and an internation service to Amsterdam was started on 1st July 1936.

On the 1st November 1938, 616 South Yorkshire Fighter Squadron of the Auxiliary Air Force was formed. This was formed as a bomber aquadron with Hawks and then Spitfires a year later. They first saw battle in Dunkirk in May 1940. They left Doncaster and they were replaced by 271 Transport Squadron.

The airfield also became associated with Dakatas and a lot were repaired at the airfield during WW2.

The main part of the site has been developed into a leisure and housing site. The north western corner is home to the museum. 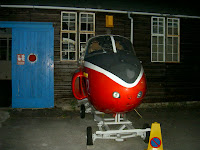 The museum has been kept in the 1940's style and has a large collection of aircraft and helicopters inside as well as outside. 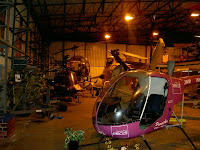 Inside the museum, it has been decorated to keep with the 1940's feel of the area. There are large indoor exhibition halls filled with displays of uniforms, artifacts and other items of aviation history relating to the site, WWll and the cold war. 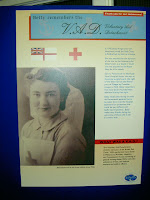 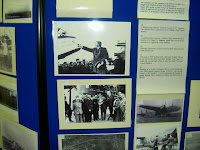 Footsteps, low whispers and talking heard
Black shadows seen
Children's laughter
People have reported that a specific aircraft from the Falkland's war has an unpleasant feeling

This investigation was run by another group and I dont normally go out with a group that you have to pay but sometimes it is the only way to get into the more unusal and interesting places. I try and seperate myself from the other group and run my own investigation. Im not saying that there is anything wrong with other groups but there are a lot of thrill seekers who go out with these groups expending to see something. Over 90 per cent of the time, nothing happens and this is not a good percentage to make a living. I am not saying anything, I just dont trust an investigation Im not in charge of. 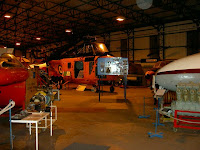 As we started the evening, we walked around. As we were walking pas the hanger, I took a few photo's and this was the only one which showed anything. 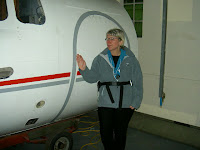 On entering Hanger 19, we stood around a table to conduct glass work. We found out that there was a gentleman called Robert who was grounded on this site. He would only answer questions asked by my friend Kath. Robert had retaired in 1975 at the age of 64. He had something to do with this plane and we asked him to stand next to Kath in order for me to take a photo but nothing showed on any photo's. 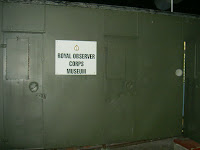 Our next place of call was to the Call out Bunker. this building used to be 4 seperate bedrooms for pilates who flew the Nuclear Bomb planes. The planes were kept just outside the hanger as the men were always on callout. This building was in use during the cold war in the 1970's-80's. We used glass divernation here as well and we found a man called Harry but no other information. 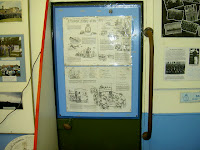 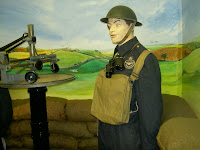 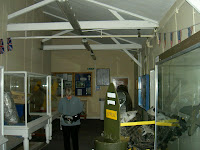 After a break, we went to Building 21 which included the Board room and Mess room. This hallway is just outside the mess room. We conducted glass work again and we found that we were talking to a little boy called Mickey. He was 6 years old. At this point, I would like to mentain that no member of the other group were touching the glass for this experiment. I mention this because this was the only experiment that they could not effect any answers. We got quite a lot of information. Mickey had lived in this area during WWll and he had been sent to the country during the bombing. He wouldn't tell us how he died. Why he came back as a child. Did he die during the bombing in the country where he thought he would be safe and returns here near his home perhapes looking for his family?

As we were getting no more information, we walked down the corridor. 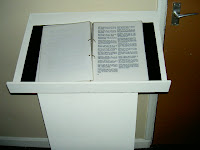 At the end of the corridor, there is a book. This book details names, address and ages of people associated with this area. The only people who knew about this book were the people from the other group and they didn't take part in the glass diveration. But we were told that no matter what page you leave the book open, it always go back to the same page. The information on this page surprised us all ...... OLDFIELD, MICHAEL, BRIAN. AGE 6 OF 39 BROOMHALL ST, STEPSON OF ROBERT WILD. 12th DECEMBER 1940 AT 39 BROOMHALL STREET. Was this the same little boy we had picked up on? Was this the date poor Mickey died? What had happened to him? 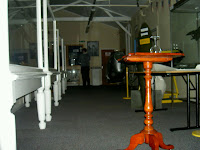 As the group moved into the Mess room to do some automic writing. Me and Phil stayed in the corridor. Shadow figures have been reported in this area. We were asking questions but saw nothing. We did hear voices and they didn't come from the group in the mess room, unless they came from a smaller group still walking around outside but these voices did seem very close to us. 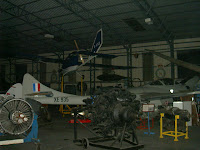 We all moved to the Main Hanger.

This large building house's aircraft from WWll and craft from The Falklands War. 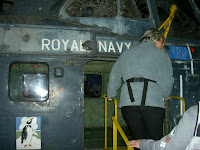 We sat in our little group in one of the helicopters. We heard footsteps from outside the craft and I looked around but saw no one. We also heard loud banging.


This had been a very interesting investigation. A totally different place to investigate.
Did we pick up on the spirit of Mickey? 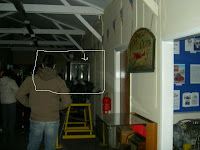 One other thing I would like to show you. I took this photo in the corridor just before we picked up on Mickey. Is this a photo of someone who wasn't seen in the building when we were there. I took a series of 5 photo's and this was the middle photo. Nothing else showed up on the other 4 photo's. So if this is a reflection, why didn't anything show on all the photo's.
I will let you deceided.
Posted by Gill Stubbs at 04:55