THE COACH AND HORSES PUBLIC HOUSE 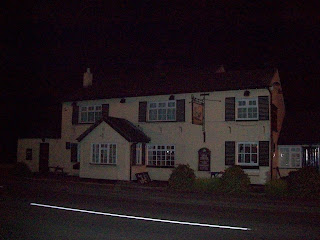 
Bradfield Green is a small settlement in the hamlet of Minshull Vernon. It lies on the line of a Roman road. Evidence of a section of road and a bridge has been discovered. Minshull is mentioned in the Domesday Book as Manessele. It was described as Minshull Vernon in 1309.

This area was part of Norman landowner William Malbank (1125-1176). He was the son of Hugh de Malbanc who founded Combermere Abbey.

The first recorded landlord I have found to date the Coach and Horses is from 1795 - Owen Woolley.

Robert and Louisa Brown ran the pub for many years, raising 3 sons and 1 daughter here. On 11th November 1889, Robert died at just 36 years old. Louisa stayed at the pub and with the help of Robert's father, Albert, until she married Thomas Washington. After her wedding, Louisa and Thomas ran the pub and perhapes Albert still helped.

... Cold feeling in the front bedroom.
... An elderly man seen behind the bar and in the restuarant. Some say it is Albert.
... Large lady dressed in white is seen all around the building. Is this Louisa Brown (Washington). 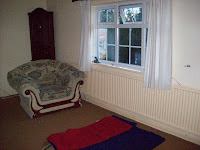 When Phil and I first came to look around this building, we got very high EMF readings in the livingroom. It was in the early 20's but on this night, the readings were 3.8 in the same spot. Very strange.


Nicola, Phil and I arrived at 11pm. We had a walk round. 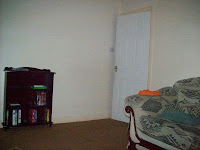 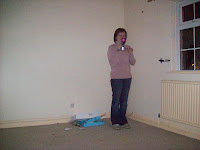 We moved into the front bedroom and everything was working fine. Nicola felt two cold spots. I only felt the first before they disappeared. We both heard a beeping sound but we couldnt tell where it was coming from.


About 1am, we went downstairs to join Phil.

Phil and Nicola returned upstairs to the living room. I sat and watched the camera's, apart from a few orbs, nothing happened. 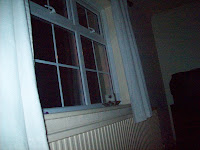 About 1.30am, Phil and Nicola came back but I decieded to go upstairs on my own. I sat in the livingroom and I heard old fashion music. It was very weird. I opened the window but heard nothing from outside. I closed the window and I heard it again. I asked if anyone was there and if so, could they give me a sign. I heard 4 knocks.


At 2am, I asked Phil to join me, to see if he could witness any of this. Phil came upstairs and we sat in the same room. Phil didnt witness what I had but he felt as though someone had their hands around his throat as he sat in this chair. We swopped places but thankfully nothing happened to me.

We finished just after 3am.


What a strange investigation. We had equipment failure, cold spots, shadows, weird music, knocking sounds and Phil's sore throat.
Well worth a second visit.
Posted by Gill Stubbs at 05:39