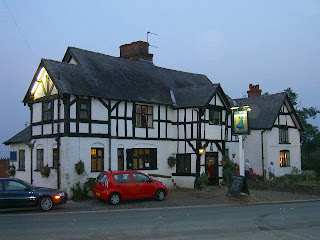 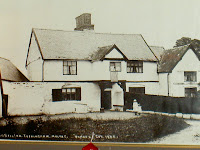 This black and white Coaching Inn dates back (in part) from the 14th century.


It lies near to the highway that in 1668, the Harrison Gang (who were Highwaymen) ran their righn of terror. They stole horses from the River Seven, nr Shrewsbury to the River Mersey. They did most of their "business" between Whitchurch and Weaverham. The gang was made up of John Norman and two brothers Thomas and Richard Harrison. 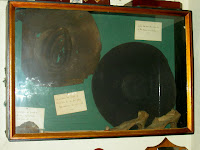 There is a glass case inside the pub. It contains several items which were removed from the wall cavities during the renovation. On display are:- a cavalier hat which is about 300 years old, Lady's shoes and a hat worn by Miss Weaver in 1735, a mummified rat which is believed to be about 400 years old and two old pipes. 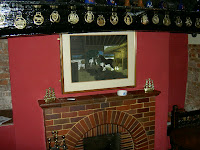 There is a priest's hole just above the fireplace, just above a picture. This is where the Cavalier's hat was found. 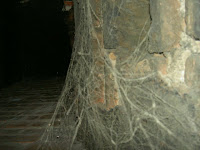 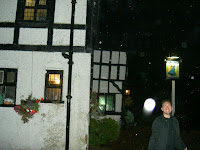 I went to this investigation with Kath, Phil and another member. We started at 12pm. 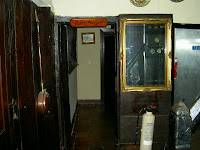 In the hallway by the front door, Kath was having problems with her camera, her photo's were going out of focus for no reason. I took a photo of an orb at the same time and my camera was fine but I was not standing in the hall.


By 12.30pm, we were having a lot of problems with our cameras. Batteries were fading fast and the memories were being used up very quickly. A couple of us were starting to feel colder but the temp was staying the same at 20.7 deg.
The landlady, at this point, saw a bright blue orb at the bottom of the stairs by the ladies toilets but this had gone when we went to look.

We split up for a short while but nothing happened.

We all sat together agin in the small lounge and at 1.20am I heard someone whisper" HELLO " in my ear. There was no one sitting next to me but I could feel its breath as it spoke. This unnevered me but it did not seem threatening at all.

Both Kath and Phil heard two low groans and I had another whisper in my ear. This time it said "GILLIAN ". Just after 2am, Phil thought he saw a dark shadow go past the window outside. We had a look and there was no one about. We heard one more sign and apart from so called orbs on photo's, nothing else happened.

I would love to go back here and do another investigation but I hope this time we can call out. We couldnt do this this time as the landlady didnt want us to. We do understand that the landlady was a little worried and we respect this.

As for the whispering in my ear. I cant explain this, as I know no one was sitting next to me. At least no one I could see.
Posted by Gill Stubbs at 10:58