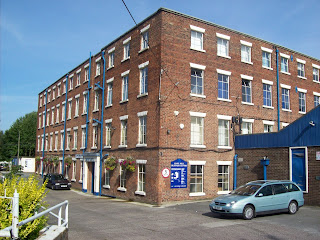 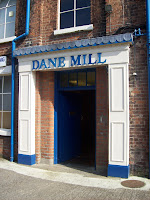 This is our second visit to the mill and after our 1st visit, we had high hopes of a busy night. 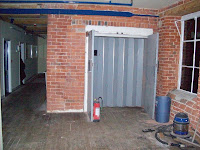 
I put a different experiment under the desk where the child is said to go, this time I used some crayons and paper. As I was setting this up, Steve felt the back of his head touched. We settled down and I started to ask out. We were getting batteries draining, we all saw movement in the office, footsteps were heard as though a child was running on carpet and one of the computers turned on and off twice.

We all met together at 11.15pm. Kath's group had no activity but Racheal's group heard music.

By 11.30pm, we were off again. I took my group into the far office. We had set up a pendlum on the table. We could hear music but it sounded as though it came from outside (was this what Racheal had heard). We all saw a shape in the doorway, as though someone was peering in. And we also heard footsteps as though they were wearing boots. This room had a horrible feeling about it and we all felt that we were being watched. Steve then saw a small shape dart across him.

Kath's group were in the other office and they could hear sounds in the corner. Kath asked for the spirits to do something to Jon (who was in Racheal's group by the lift and stairs).

Racheal's group were hearing bangs, voices (esp a female voice which seemed to answer Racheal's questions). Orbs were also seen. All of a sudden, Jon shouted out "SOMEONE HAD PUSHED HIM" and "ITS GOING THROUGH ME", "ITS HOT", "MY EYES ARE WARM". He then fell into a crouched postion and said "THEY'VE GONE". They then thought they saw someone at the top of the stairs. Had Kath got what she asked for? There is no way this was planned and the building is so large, Jon could not have heard Kath asking the request.

We met together for a chat and a brew at 12.30am. We now knew that we wanted to all go back into the far office and the stairs.

First we all headed into the far office. We sat around the table but nothing happened.

So about 2am, we all headed by the lift and down to floor one. The group formed a circle but Kath and I stayed on top of the stairs (floor 2). Nothing happened to the group but Kath's EMF reader went off twice and it suddenly went very cold by us.

We finished at 3am

What a great night. It did go a lot quieter when we were all together, so in future we will stay in smaller groups. Had Jon had someone pass through him? Had we seen someone standing by the office door? Had we been spoken to?
I will leave you to deceide. 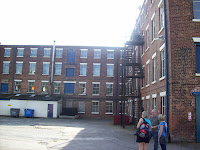 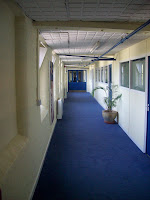 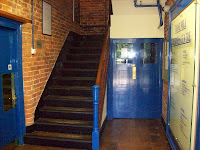 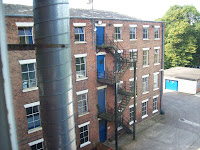