This inn is believed to date from the late 16th century to early 17th century.

The original building is of timber frame and had two storeys and three bays. The front of the building is original, including the mounting block.

This area had a small Saxon settlement because it is believed the church, St Mary's, next door, is possibly built on the site of a saxon church. 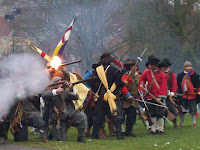 This area has seen its fair share of bloodshed, from Welsh invaders raiding the surrounding area from time to time and from the English Civil War, when in 1644 The Battle of Nantwich took place at Acton. More information on the battle is in another report, Acton church and Battlefield.
It is claimed that part of the battle was planned inside the pub.

--- landlord and landlady have seen dark shadows following them.
--- upstairs bathroom door closes on its own.
--- footsteps heard.
--- male figure seen upstairs.
--- a lady is said to walk downstairs in the pub.
--- old landlord named Tom is said to walk throughout the building.
--- a man is said to have died in the bar and it is said he is one of the shadowy figures.

Kath, Jackie, Steve and myself started the investigation just after 11pm. Kath had ben upstairs, while the pub was emptying and using her downsing rods, she recorded some engergy lines. 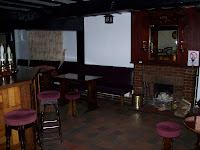 About 12.15am, with Jim (the landlord) at our side, we all sat around a table in the main bar area to start glass divernation.

As we were asking out, Jackie, Jim and Kath saw a red light go across Jackie. A short time sfter, Jim, Jackie and myself heard what sounded like someone sitting on the leather sette by Jackie. 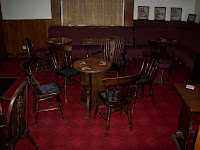 Nothing else happened, so at 1.20am, we moved into the middle bar room and continued with glass divernation. We sat around a table in the middle of this room. Jim, Steve and Kath felt the table move. 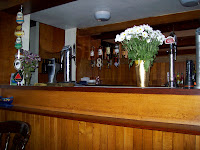 Kath was facing the bar and she said she had seen the face of a man as though he was leaning on the bar watching us. We all saw shapes moving around us and from behind the bar. Blue and red lights were seen by the fireplace. I must admit, I didnt like the feel of this room.

Everything went quite, so about 2am, we moved into the small dining room. Again we sat around a table with a glass, asking out. 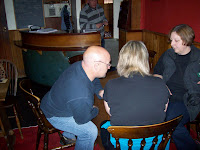 Jim and myself could smell tobacco smoke, as if someone blew smoke between us. We all saw shadows around us again and we all felt cold blasts of air around us. 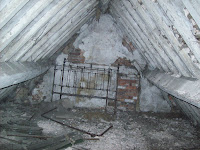 At 3am, we went upstairs. Jim, Kath and Jackie stayed on the first floor, while Steve and myself went into the loft.


Nothing happened to any of us, so we started to pack up. We chatted for a while downstairs about the night and left about 4.30am.


What a great night.
Had Kath seen a man watching us?
What had been circling us in two rooms? 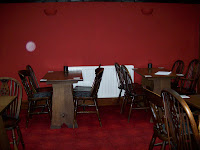 This photo was taken at the start of the night. Is it dust?

Kath caught some EVP's, which we are checking.

One thing the whole group agree on is that there is something going on at The Star. 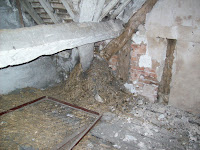 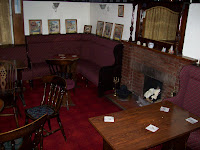 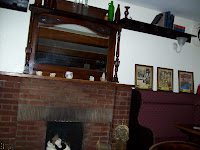