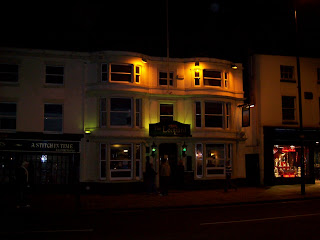 THE LEOPARD
BURSLAM
STOKE ON TRENT

This building started life about 1640 when a couple of cottages were knocked together. Helen Wedgewood took the building over in 1740. She turned it into a hotel and public house.

The Leopard is famous as the place where Josiah Wedgewood and James Brindley met to discuss the Trent and Mersey Canal in 1765.

The pub was slightly run down when James Norris bought the building in 1872. He renovated the building and built an extension to add an extra 57 bedrooms. So this made the building 102 rooms over 6 floors. 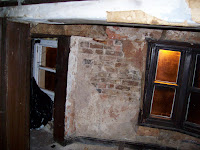 This ex Grand Hotel now has derlict rooms. But why was 58 bedrooms sealed off between 1931-1950's. These have now been reopened. 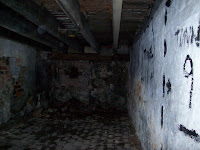 Tunnels have aslo been found in the cellar. A 120ft passage runs from the pub to the former Noris Brewery across the road. The tunnel was built in the 1920's, so barrels of beer could be rolled to the pub from the brewery.

In the function room, there are some paintings by a local artist, Arthur Berry. Here are the paintings and the story behind them. 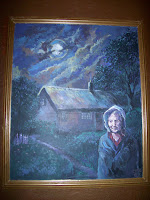 Molly Leigh - the witch of Burslem

Margaret Leigh was born in Burslem in 1685. She is said to have been very ugly, poor woman, and never married. She lived in a cottage on the edge of the moors, in an area known as Jack Field. Molly was rather strange and bad tempered. She earned her living by keeping cows and selling the milk in town. But when she came to town, she would go and drink in the pub. She was well known (but unliked) and she was constantly accused of watering down her milk. Molly was declared a witch by Parson Spencer, Rector of Saint John's Church in Burslem, because she rarely attanded the church and she was often seen with a blackbird.

Prior to her death between 1746-1748, some locals held Molly in the cellar of the pub and when she got out, she cursed the pub. After Molly died, some locals said that they had she her in her cottage sitting by the fireplace knitting with the blackbird with her. After this, it is claimed that her ghost was seen around Burslem and her blackbird made a nuisance of itself around the town. People started to think that the witch was not dead. Parson Spencer decided to quieten her spirit and at midnight one night, he and a couple of other people opened Molly's grave and moved her body to face north-south. They even caught her so 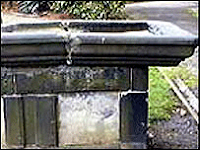 caled blackbird and buried it alive in her coffin.

Her grave can still be seen today. Molly's cottage was demolished in 1894. Molly is said to be one of the ghosts in the pub. 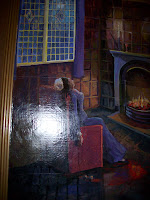 The back function room was where a local lady of the night was found with her throat cut. 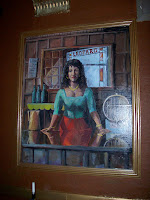 This woman is said to still walk the building. She is well dressed and slightly plump. Nice lady. Her name is Mary. She was her in the early to mid 1850's. 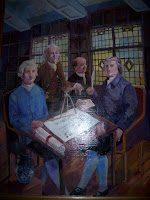 The final painting shows Josiah Wedgewood and James Brindly meeting to dicuss building the Trent and Mersey Canal in 1765. 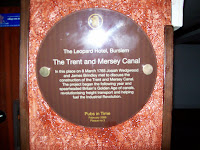 There is also a plaque detailing the meeting.

--- Tall man with a goatie beard and side burns. He is nasty and it is said he had murdered a woman here.
--- Mary walks the building.
--- James Norris walks around. He was a larger than life charator. He was rich and liked to show off.
--- Drunken, ugly old woman in the cellar named Margaret. Is this Molly Leigh?
--- Things move.
--- A few people have claimed to have been held against a wall by their throats.
--- Doors open and close.
--- Legend says that two underground rivers cross under the pub and at this spot someone made a pack with the devil.
--- Children have been seen and heard in the cellar. They could have come from the workhouse to wash their clothes in one of the rivers. They are aged between 6-9 years old.

We all met in the function room at 11pm. I went with my friend Ray. We were given a tour of the building and we were told the stories regarding the people associated with the place. We then split into three groups and my group headed into the cellar. 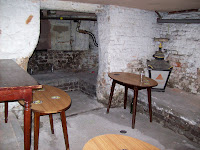 A group of 5 people including the medium, started with glass work on one of the small tables. Nothing happened at first, then a few people started feeling hot. The glass moved but only to the medium and to locate where the spirit was standing. Then came a personnel reading for a member of our group. A couple of people sensed and the medium said that a gentleman was standing in the small room at the back. So I went and stood in this room but all I felt was a cold breeze across my face. We tried a second glass divernation and I placed my voice recorder on the table. We didnt get much activity but when I replayed my recorder, I got an evp of a girl's voice saying "I HAVE DONE NOTHING".

At 3am, we stopped for a coffee break. 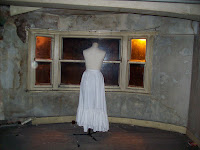 About 3.30am, our group went up on the first floor. As we went from room to room, we spent a while in each asking out. This floor didnt feel spooky at all. 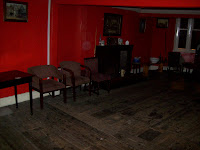 I did get a couple of photo's with some so called orb's on. 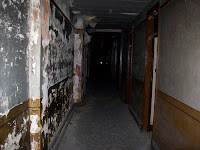 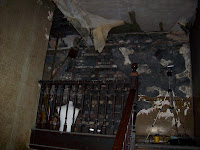 The second floor was un used, dusty and derlict and a totaly different feel to it. 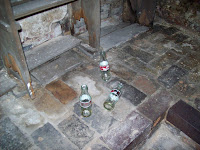 While we were asking out in this room, I had a stone thrown at me. But thankfully it just missed me.

We finished the investigation at 5.30am.


What a great building, with so much history. We didnt see any of the ghosts but my evp did send a chill up my spine. There is no way that anyone from the group could have made the voice I caught. I would have heard them and seen them near my recorder, this stayed by me.
Well worth a second visit. 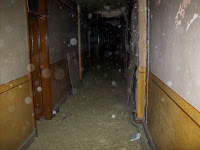 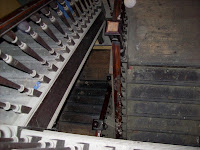 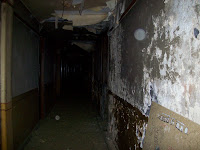 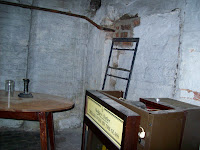 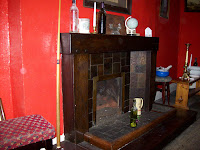