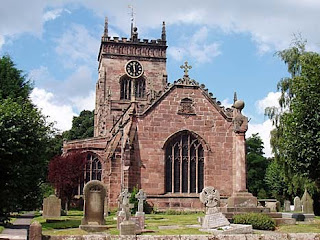 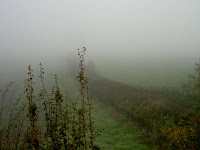 This site is of course the area where the Battle of Nantwich took place in 1644.

There could have been a Saxon Church at Acton. This is believed by many because of the number of Priests here reported in the Domesday Survey and the discovery of Saxon carvings in the foundation of the present building. It has been suggested the first church was built by Edwin, Prince of Mercia, who probably lived in a large house somewhere near the pool at Dorfold. Edwin was the brother-in-law to King Harold. Of course this church was probably a timber structure and nothing would be left of it today. 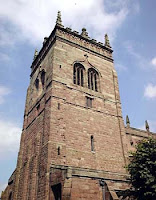 It was established in 1180 by the Monks of Combermere Abbey. The tower and central arcade probably date from this time. But most people date the church from the 13th century and the first recorded vicar was Nicholas (1288-1300).


St Mary's has seen its fair share of fighting and bloodshed. It was often used as a safe house when the Welsh were raiding the area. 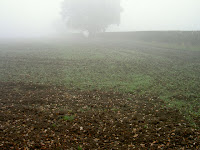 During the Civil War, this whole area was the scene of the Battle of Nantwich in January 1644. Many of the dead soliders were buried in the churchyard.

There is a local legend that the vicar buried the church's silver somewhere nearby but this has never been found and the poor vicar died before he had chance to dig it back up.

ALMHOUSES
In the churchyard, there are two Almhouses and they were probably founded by Sir Roger Wilbraham in 1613.

Each house has 2 bays and is built of red brick with stone dressing and stone edged windows. They consist of two tenements, each having one good room and a small garden.

They were built to house 2 old persons from the parish. They were each given £4 every year and a new cap and gown every two years. 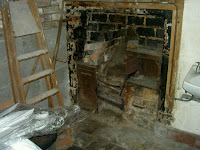 These buildings are only used for storage as no one has occupied them since before the war.


THE BATTLE OF NANTWICH
During the Civil War, Nantwich was the only Cheshire town occupied by Parliamentary forces, under the command of Sir William Brereton. They were besieged for six weeks by Lord Byron's Royalist army who were based at Dorfold Hall and Beamheath.

Parliamentary troops barriccaded the town off. The seige lasted for six weeks until the 25th January 1644 for the final battle at Acton. Both forces met just between Acton and Henhull. 5,000 Royalist forces and after Thomas Fairfax brought his forces, the Parliament forces also had 5,000. The battle only lasted a few hours, but in that short time, so many died and 1,500 prisoners were taken. Lord Byron and what was left of his Royalist army (mostly cavalry) escaped. The Parliamentary army had won. 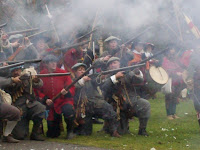 Nantwich celebrates this victory every year on the nearest saturday to the 25th January. This day is called Holly Holy Day and the battle is re enacted and people wear a sprig of holly.

Kath and I deceided to walk this area, so we could ready ourselves for an investigation around the anniversary of the battle.

We could not have picked a more spooky day. A thick fog covered the area and as we walked around the church and graveyard, it was so easy to imagine figures walking out of the fog (remember to film The Fog). As we walked around, we were taking photo's and asking out, but we got nothing.

After a couple of hours, we crossed the road and walked around the battlefield area.

Again as the fog rolled across the field, it was so easy to picture the battle or a single solider wandering around lost.


I dont know if I had that locked in my mind but I was feeling that we were not alone but no evedence was recorded.

PHOTOS OF THE BATTLE OF NANTWICH 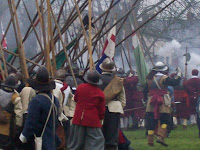 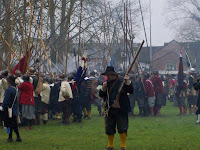 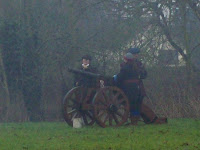 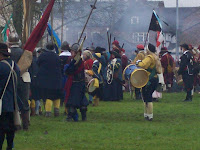 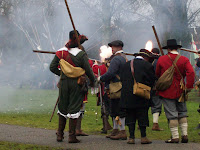 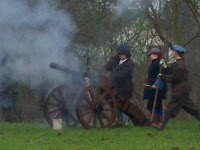 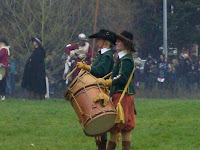 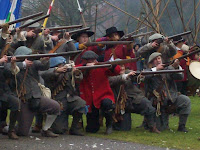 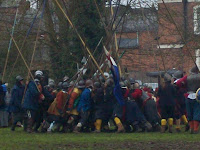 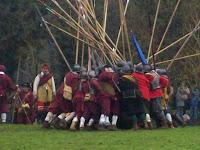