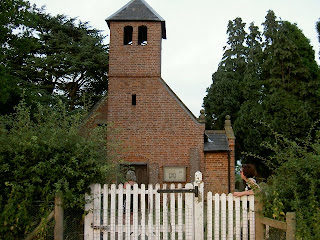 
Built in 1689, it replaced a much older timber framed structure.
Left isolated in the fields when the new church was built in 1863, on the main road half a mile away. 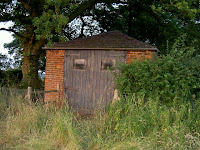 The church and churchyard is very peaceful. It retains the character of a church from a century ago. It even has a horse drawn hearse still resting in a coach house in the church grounds.
The building that holds the hearse was originally a meeting room. The hearse was made in 1880 by a firm of coachbuilders from Doddington, Nr Whitchurch. It was a gift from a former vicar. It was last used in the 1920's. Since then it has been restored by the County Museums Service. But it is now just left in the building. 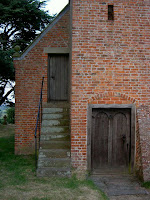 By the main door, there is a flight of steps. There were to reach two private box pews and a gallery. One pew for the Stephen's Family( stewarts to the Cholmondeley family) and one for the Vernon Family of Tushingham House. 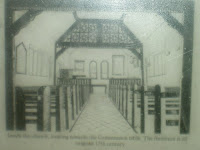 We were only able to spend a couple of hours here and most of the investigation was done in daylight. 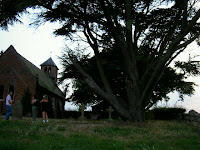 We had a walk round, asking out. 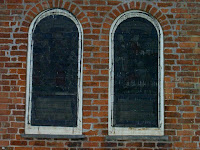 While I was standing on the outside of the windows, I asked if their was anyone watching us and if so, please show me a sign. I took these photo's. I didnt see these at the time. 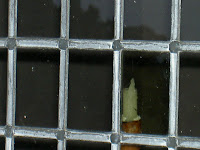 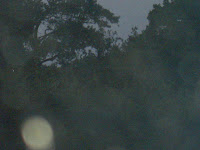 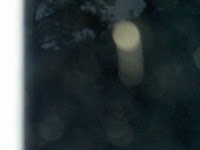 Very quiet investigation but we didnt stay long. Well worth a second visit.
Posted by Gill Stubbs at 07:54